What Happens To Excess Inventory On Amazon? A COMPLETE LOOK

What Is Amazon Automation? Is It A SCAM? As an Amazon Seller, do you wish there is someone you can talk to? Who can guide you? Who knows exactly what it’s like to be on the same spot as you? 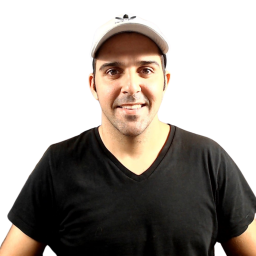 Welcome! This is Tomer from SourcingMonster.com

Today I’m going to explain what is Amazon FBA in 2020 and how you can make money online selling physical goods on Amazon.

You can start selling on Amazon and make money as I did.

So let me start and share what you’ll find in this article.

First of all, there are a couple of points I wanna share in this article:

So you can see, it’s something that you would like to research more about. It took me a year to make a $10,000 net profit a month from Amazon.

I was super committed to it. I woke up every day at 4 AM. I work every day for three hours on this business from 4 AM to 7 AM.

Second, what is the best Amazon model that you think you should choose and what do I recommend?

In my opinion, it’s a very lucrative opportunity because you can make a lot of money with a kind of minimal effort. It’s good for people who want to quit their job.

Creating this business, I was really focused and I also educate myself. I was learning and watching YouTube videos and was involved in Facebook groups.

I just keep learning, hearing and being around people that sell on Amazon.

At the later stage, I was also attending meet-ups conferences and being around with like-minded people.

That’s how I did it in general.

Which Amazon business model made me earn $10,000 profit a month?

You have two options, to have Amazon prepper and fulfill the orders by Amazon.

Then, you have the second option which is FBM Fulfilled by Merchant.

That means when someone purchased your listed item, you’ll be the one to basically prepare the order, pack and ship it.

The FBA model, on the other hand, means that you will ship all the goods or products to Amazon warehouses and you will basically have them prepare the orders and fulfill them.

That takes a lot of work from you, so you can focus on marketing, bringing the right products and being around the actual business.

Now after you decide which one, I recommend doing the FBA model. You have three options on what kind of business models you will choose to send on Amazon.

I’ll share them here so you have the sample business model.

I’ll start with the first one which is Private Label, then we also have Arbitrage.

Let me start with the method that I do which is PL and it stands for private label.

Private label means that you will bring goods from overseas or from the USA and then you will approach factories and ask them to put on their product just with your packaging.

Now it’s not limited to just one product, you can bundle it.

You can put everything in one box and sell it as your own. You would put your brand and that’s what we do.

That basically creates differentiation between you to the other products in the market and that’s what made me succeed in selling on Amazon.

Then you have the wholesome method which means that you will find items that sell already on Amazon.

Say, for example, Domino. Basically, you’ll contact the manufacturer and the distributor of the Domino and then you will tell them, “I wanna sell your products.”

You’ll jump on to the listing and you are going to sell their products. Obviously, from its original price of $11.95 per piece, you will buy it for like five or four dollars and sell it for a higher price, of course.

The Amazon FBA fees if you decided to ship it to Amazon and so that’s another method and I’ll share why I don’t think it’s the right method because you have to compete constantly with people that are trying to do the same thing as you.

I had sellers, distributors or factories that I worked with or brands and basically one day they would tell me, “Look you can’t sell our products anymore.”

You have no control over it!

If you wanna build something for the long-term, in my opinion, control is something that is very important.

You want to control the process and you want to make sure that you build an asset and you’re not building someone else asset.

So that’s why I don’t think it’s a good module.

Then we have the arbitrage. Basically, we have two things for arbitrage – you have retail and you have online retail.

That means that you will go to the stores basically. You will go to Walmart and you will find this Domino for $2 then you’ll go and sell it on Amazon but it’s not the same thing.

It’s kind of similar but this method actually requires less work because you don’t have to approach and create relationships with factories.

On the other hand, it requires more work going to the retail stores stopping by and searching.

I did it for a couple of times, I got really overwhelmed and for me, it wasn’t the right thing. I couldn’t see myself going spending an hour or 30 minutes on the road to Walmart just browsing.

It’s really time-consuming and not scalable and I wanted something that I can scale.

So these are the FBA business models that exist and the most popular ones.

Like I’ve shared, I’m doing the private label and that’s the one I’m gonna share on this video.

Another thing is you have Amazon US, Amazon Canada, Mexico, UK, Germany, it’s in India, it’s in Japan – it’s really all over the world!

I’m focusing on the US market right now. Maybe, I think next year we’re going to focus on the European market as well.

But for now, I feel that it can take more focus and energy for me to send on other markets that are not selling that well.

Right now so I prefer to focus on the US market.

Why do I think Amazon or selling on Amazon in 2020 is more lucrative than another money-making online method?

So I’ll start with the first one and the method that I’ve tried – I’m sure that there are other methods out there.

I’m sure you can make money in every method. It really depends on you what you’re willing to do, what actions you’ll take, what are your rituals and how badly you want that thing.

Choosing the method and the way that you are going to make money really depends on the research.

I’m a web developer. I know how to develop websites and I offered my services to people building websites.

I was making money but it’s really overwhelming when people will bother me saying, “Change this button, change that” and so on.

I would see the money only after two or three months. It’s not good enough for me, maybe for you, it’s good if you like to offer services and deal with people.

For me, it’s something that I didn’t like. It’s taking a lot of energy and stress on my side.

I tried affiliate marketing but I cannot say that I was totally committed to it.

Selling on Amazon, you can do it from all over the world but you have less competition because you need a little more capital.

It requires a little more work and it’s something that has fewer people doing it.

So now I’ll share with you the first product that I had and how much I’ve spent on that.

So first of all, I decided on a product that I wanted to source, I ordered two products from Amazon competitors so I can check the quality and compare.

Then we had sample samples from factories in China.

Then we had the little product insert that we put. Checked among 30-40 suppliers and finally decided which factory we’ll go with.

And then we ordered 600 kits and it was $900 down payment. We had branded the bags, we put everything in a little nice bag and we had here the shipping cost.

We had the photographer took us and then we had the page unified service back then it was a launch service that helped you put your product in higher ranking.

Actually, I forgot to adhere to a couple of things which were the launch giveaways that we did which was about $800 then we had PPC expenses that were on to $1,000.

So I would say that the total of everything was roughly $5,000.

At least, in my opinion, these days $5,000 was a cheap amount. You may want to at least start with five hundred units.

In the next videos, I’ll show you basically how you launch and what is the process.

I’m just sharing here rough numbers and what you need.

So if you’re asking yourself, “Oh I don’t have six-seven thousand.”

Okay, so save money! Read and educate yourself about selling on Amazon but in the meantime get some money, go to work, save money, reduce your expenses and live below your means.

In summary, should you sell on Amazon or not? It’s okay.

So again, I’m sharing what I do, my experience, how I make money and what worked for me. Obviously, you need to do research like watching videos as I do.

Whole research to understand how it works and understand making money online.

Only then, after you do your research and you compare the methods you can choose the method you want to focus on. That’s what I did!

And again if you’re serious, you can make money in anything. You can go be working on Walmart. You can work on affiliate marketing and be a millionaire in it.

You can do anything if you’re focused.

That’s why you would want to do this research.

That’s why I did this research before entering into selling on Amazon so I hope this video helped you make things a little more clear.

So thank you for watching! Please subscribe and leave your comments, if you like this video I will really appreciate it. Have a good one!

This is Tomer, and I have created Sourcing Monster to share how I started my Amazon FBA business, and how I keep learning and growing. I will share tips proven methods that I USE currently in my Amazon FBA business so you can get value and growth hopefully for your business too! Feel free to comment or share any feedback down below!

Please log in again. The login page will open in a new tab. After logging in you can close it and return to this page.